The ILDSA (Irish Long Distance Swimming Association), held their annual awards last week. The association asks for nominations and then sets up an expert panel to mull over the submissions.

This year we had MANY Cork swimmers (Cork based, or Cork by association!), who were either nominated or winners or acknowledged on the day.

WELL DONE TO ALL SWIMMERS for making it on the list, as a nominee or winner, you were in great company with other swimmers around the country.

Here’s to a great season of Open Water Swimming in 2018.

Commemorative Medals were also awarded for all solo and relay North and English Channel swims from 2017.

Finally, a number of honour swimmers and contributors were inducted into the newly-formed Hall of Fame-Marathon Swimming Ireland. 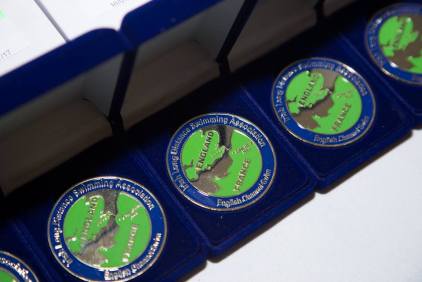 This entry was posted in Sandycove Swim Club. Bookmark the permalink.